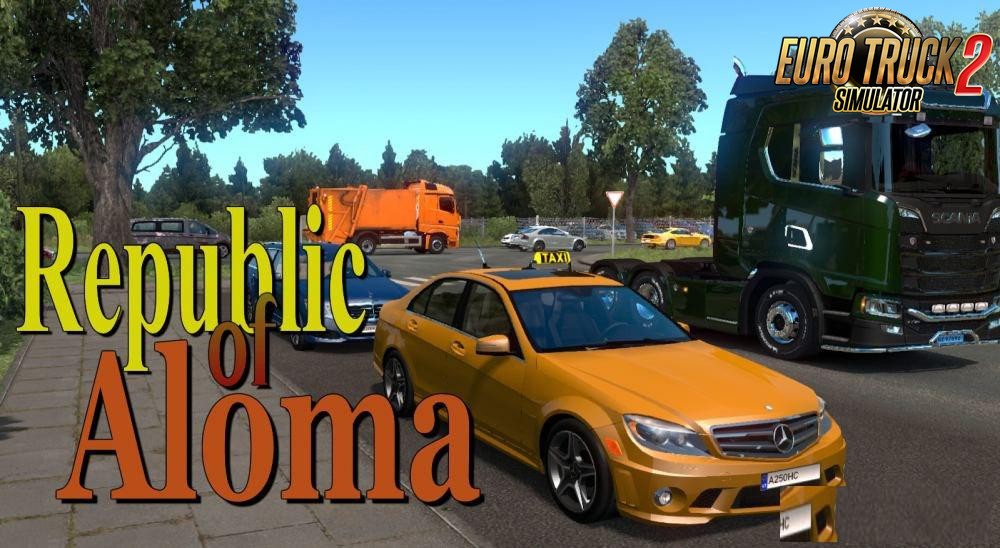 Description about Republic of Aloma Map for Ets2 [1.35.x]

Republic of Aloma Map and Beyond the Baltic Sea for Ets2 1.35.x game version
A great addition added to the game Euro Truck Simulator 2 is Republic of Aloma Map for 1.35.x game version,
which can be downloaded for free and without registration.
You can also see other fashion from the category Maps
for Euro Truck Simulator or go to the main section ETS 2 mods.
New changelog:
-Added winter cities
-For correct operation, you must have everything DLC!
-Start a new game and choose: a.mbd
-With other mods, the card was not checked.
-Download “BASE” and “MODEL” unpack and install.
-The author’s link to the mods is forbidden to change, fake and modify! Those sites that ignore this will be fined!
Tested on game version 1.35.x
How to use:
-Start By a new game in the gaming unit to choose: a.mbd
– For correct work you need:
DLC “Viva la France”,
“Heavy Cargo Pack”,
“DLC – Italia”,
“Dlc Oversize (Special Transport DLC),
“DLC – Krone Trailer Pack”,
“DLC – Schwarzmuller trailers”,
“DLC – Beyond the Baltic Sea”.
Attention!
If the card does not work, it means that not all DLC are installed or hampered by other people’s fashion!
On other sites, keep the original link! Stop stealing bastards already!
Tags: Republic of Aloma Map for Ets2 35
Dear viewers! Feel free to add your own video gameplay in commentary section. No account required. 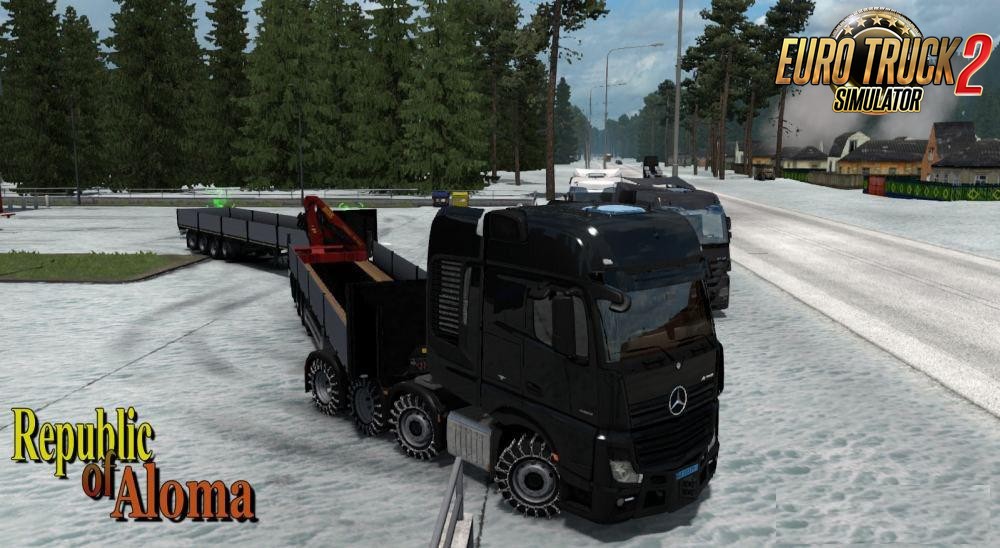 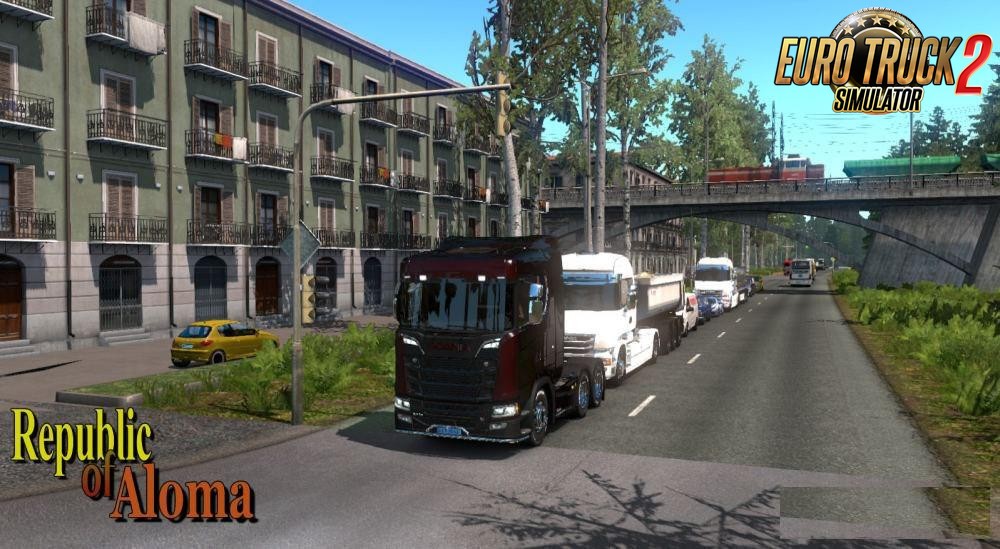 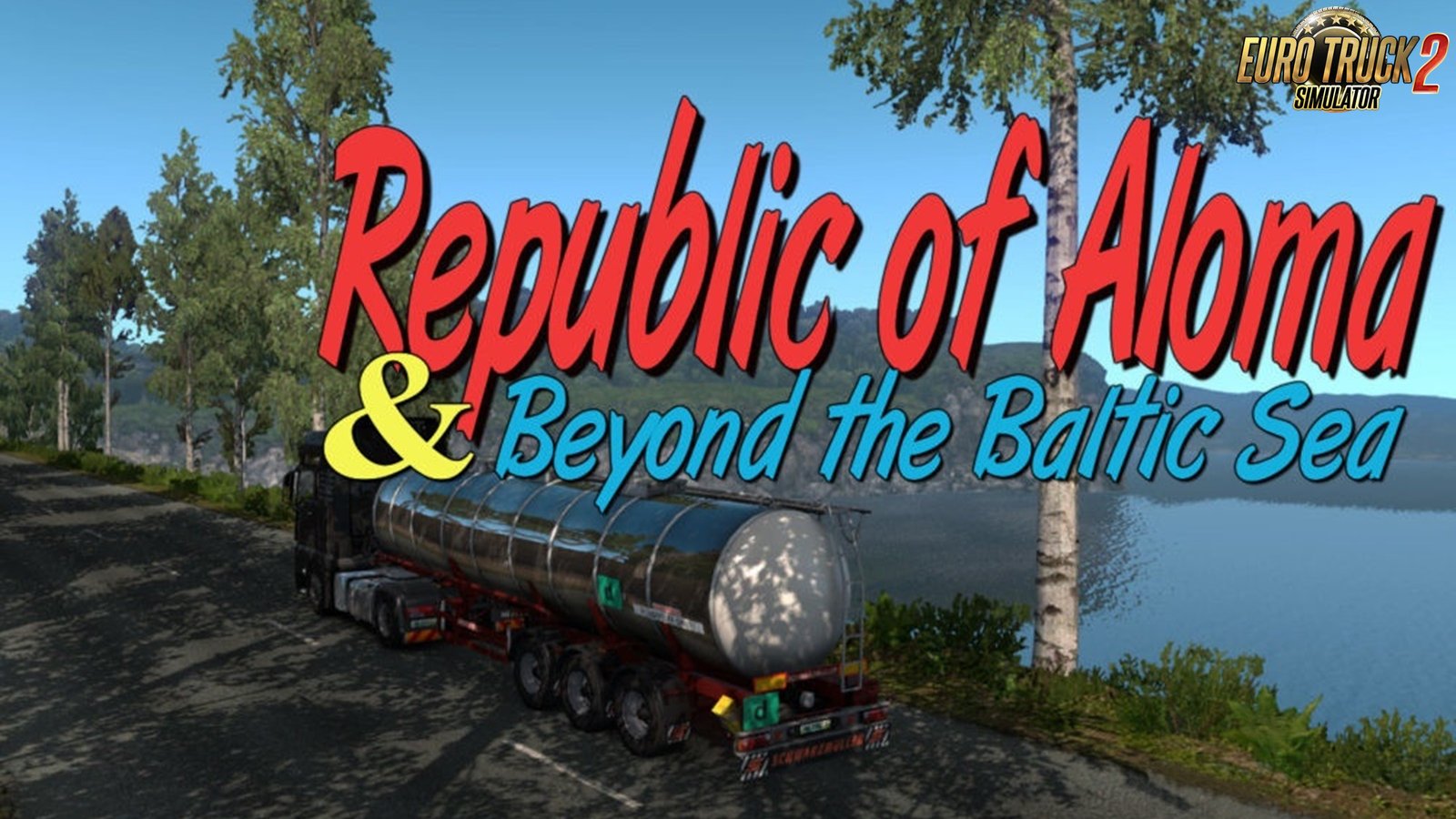 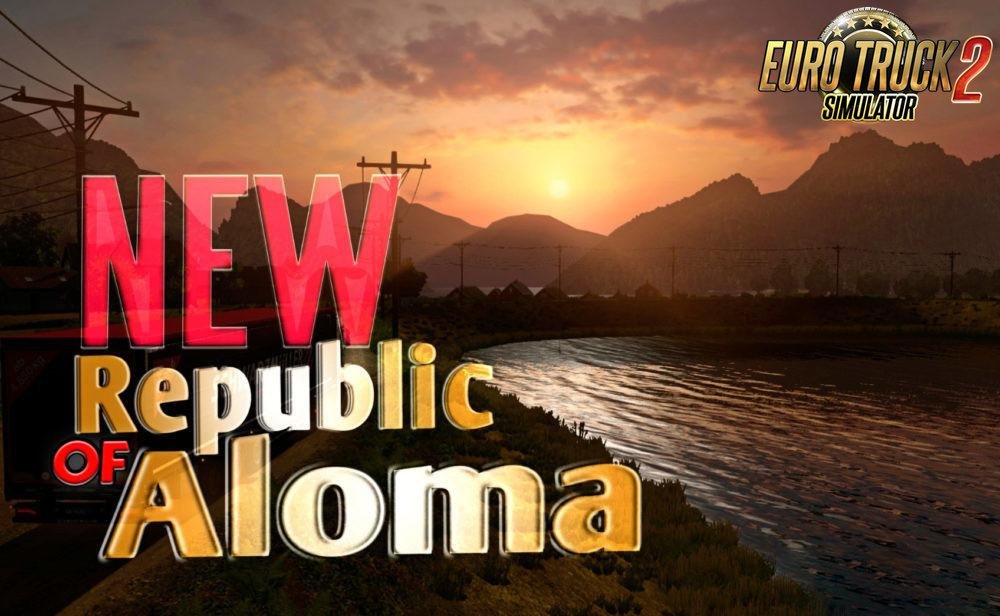 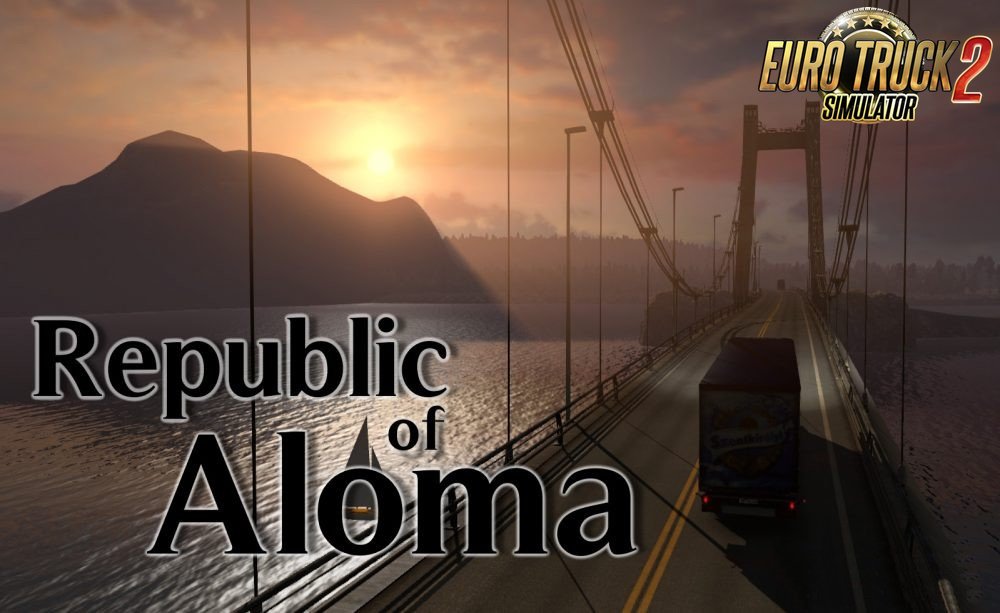 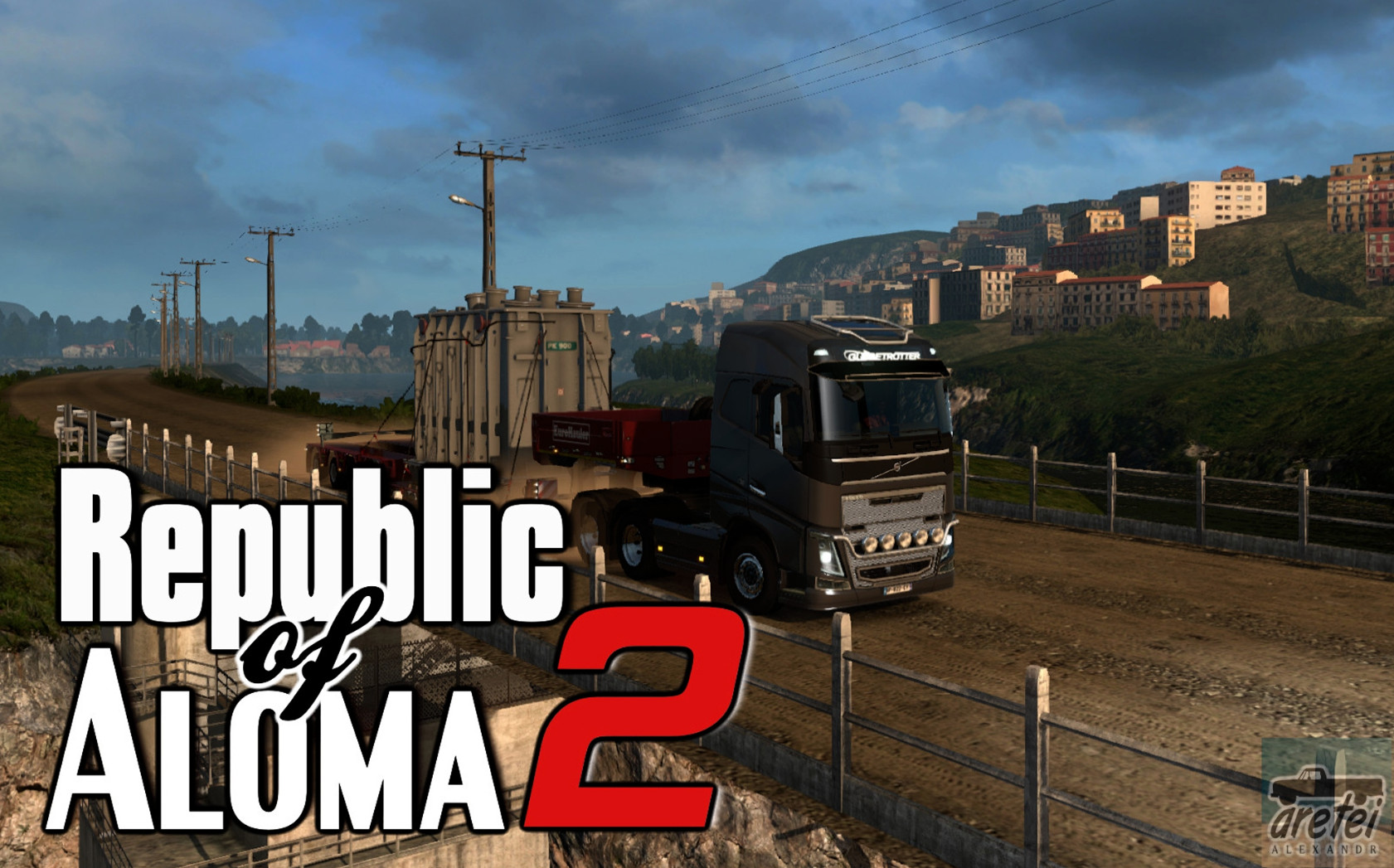 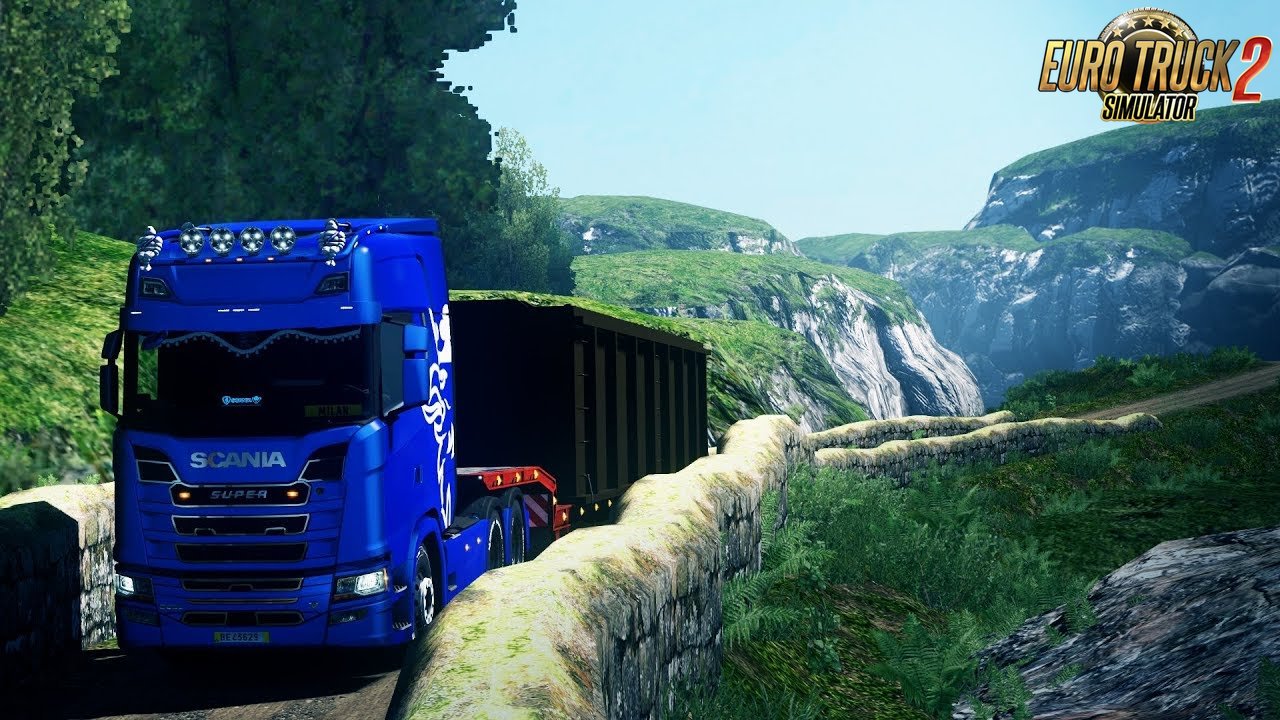 1.34.x Map Republic of Aloma and Beyond the Baltic Sea - Euro Truck Simulator 2

Did u tried this mod? We offer you to share your feedback from what you tested! Your review will be useful to viewers who are just about to download and to try this new mod.